Click here to read the “Citizens’ Guide to Opportunity Siting.”

Heads Up! Read about the mayor’s attempt at an end-run around Envision Eugene.
Guest Viewpoint in June 20, 2016 The Register-Guard

FOR PARTICIPANTS IN THE APRIL 19 PRESENTATION ON “DEMYSTIFYING REFINEMENT PLANS”

Staff proposes extreme increases in allowed density! Staff have been duplicitous in trying to convince residents and City Council that there won’t be any increases in the proposed “Single Family Options” zone. That in itself is a lie about the SFO zone, which would allow increased density of 20% by not counting Secondary Dwelling Units (SDUs), and up to triple the density with “courtyard housing.” What’s even more deceitful is that over 150 R-1 lots would be upzoned to AC (apartments), AC/RC (rowhouses) or SFO/RA (rowhouses). The proposed zoning would allow two-and-a-half times as many dwellings than the current R-1 zoning! Click here to see the statistics, as well as the radical changes in allowable building heights.

“We know best” zealots push for unwanted upzoning and poorly-planned densification! Click here to read a recent “Guest Viewpoint” in The Register-Guard that explains why this effort to force rezoning is wrong-headed.

Great Read! Learn what nationally-recognized “walkability expert” has to say about improving walkability in auto-oriented areas like south Willamette Street.
Click here to read the excerpt “Step 10: Pick Your Winners.”

Update. Four city-chartered neighborhood organizations have approved a letter that was sent to the Eugene City Council regarding future planning for the area around south Willamette Street.
Click here to read the letter.

Update. The Eugene Mayor and City Manager had requested that Oregon Consensus conduct an “assessment” of the potential for a “facilitated” process to deal with planning in the south Willamette Street area. The documents referenced in the next two lines provide information on what this “assessment” entails.

After receiving the Oregon Consensus memo, the Co-Chair of the Council of South Eugene Neighborhoods (CSEN) sent the letter, referenced above, to Oregon Consensus in response. The letter states:

“We do not support initiating a facilitation process before residents, business owners, and property owners within and around the South Willamette area have had the opportunity to develop a community proposal for goals, objectives and implementation recommendations.”

FOR PARTICIPANTS IN THE JANUARY 13 PRESENTATION ON “COMMUNITY-BASED PLANNING” 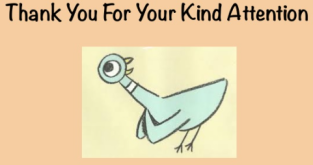 MIND-BLOWING IMAGES!  Click here to view a model of the scale of commercial building that could be developed on Willamette Street at 26th Avenue under SW-SAZ.
Click here to see the site plan and specification of the model.

The Register-Guard publishes support for a different approach to planning for the South Willamette area:  “Seek Balance in Planning“, November 3, 2015.

City Council has been considering a staff proposal to radically transform the residential neighborhoods and commercial areas around south Willamette Street. (But see recent developments below!)

City Planning Division staff have been consistently pushing to have City Council approve the proposal so that the same approach can be applied to other residential neighborhoods and commercial areas throughout the city, including: 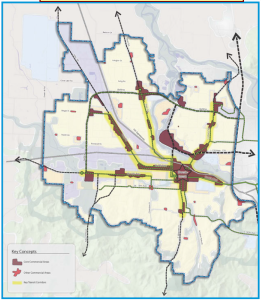 Council steps back from October 21 protection for R-1 properties. At their November 9, 2015 work session, the City Council adopted a motion by Councilor Greg Evans by a split vote (4-4 with Mayor Piercy voting in favor). Evans’ motion suspended the strong protections that had been adopted by council on October 21 (see below). Instead, the motion delayed the public hearing on SW-SAZ until a “facilitated discussion” was help between the City and effected residents and businesses. Click here to read a clear description of the effects of City Council’s action.

“Direct the city manager to:
1)    Reschedule the public hearing on the South Willamette Special Area Zone to January 19, 2016.
2)    Engage the affected neighbors and property owners and bring back revised zoning and plan amendments for public hearing on January 19th that will accomplish the following:

a) Does not change the plan designation or rezone any property currently zoned R-1 or immediately adjacent to a property zoned R-1, unless none of the adjacent properties have an existing single-family home or duplex and the owner agrees to the rezoning.
b) Ensures that use and development standards for all properties that are not zoned R-1 will protect R-1 property residents’ livability, including:

3)    Follow the direction above with respect to all future planning and proposals for the new comprehensive plan, code and plan amendments (previously identified by staff) on transit corridors that may impact R-1 properties.”

Click this link: Understanding the Council’s R-1 decision to read a clear explanation of what this motion does.

Read a local expert opinion: “Revise proposed zoning change” , by Mark Gillem in The Register-Guard, October 18, 2015.  Mark Gillem is a highly-respected professor of architecture and landscape architecture at the University of Oregon with wide experience in urban design.

Read now: Sustainability Commission goes off the deep-end with a ranting statement submitted to City Council.

South Willamette Neighbors website. This is a non-profit organization formed to protect their residential neighborhoods from being radically changed by the proposed rezoning to SW-SAZ.

Map that shows how R-1 lots (low-density, single-family) would be rezoned for higher density and incompatible building types.

“Envision Eugene” affordable housing and neighborhood livability pillars. Annotated with respect to the problems of the proposed SW-SAZ.

And exceptional essay on the ethical issues of rezoning wide swaths of single-family neighborhoods: “Zoning and the Neighborhood Commons”
(Click this link: Zoning: A Reply to Critics for the full article and all the citations.)

Please e-mail us at: info@TrustTheNeighbors.org

What’s the true story on SW-SAZ and meeting the City’s housing needs?

Here are some documents that can help:
A description of three Eugene neighborhoods' successful community-based planning processes

A description of neighborhood character

A description of the negative impacts

A description of a successful special area zone